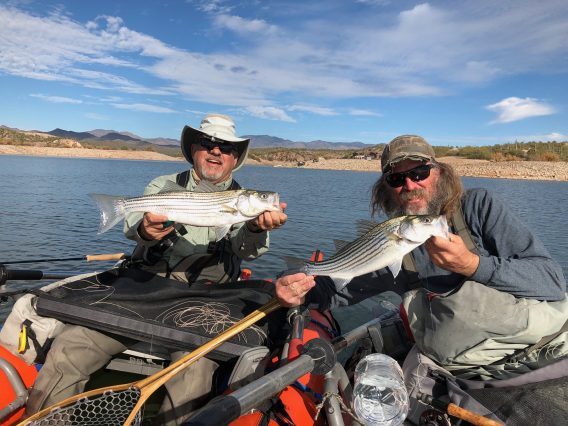 Daryl has been hitting Pleasant for the past month and has been doing well on the bigger stripers.  Joe and I hit it with him this past weekend and we got into some good fish.  We fished it in the morning til early afternoon and had a nice morning catching stripers and whites.  DW proceeded to really have a good day.  At one point his rod was bent over consistently fighting nice stripers in the 21″-22″ … 2-3 lb range.  I’m sure he must have caught at least 30 fish.

I had to hit the road for my 3 hour drive back but Daryl stayed and fished til dark and got into the big boys again, landing his nicest striper so far this season.  A very healthy 24″ beaut.  That’s a nice fight on a fly rod! 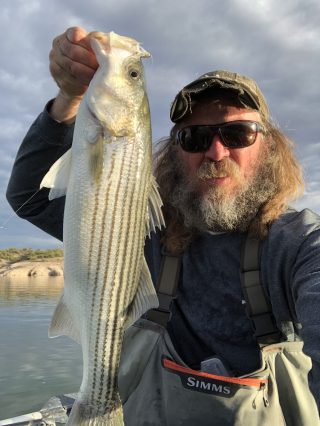 DW says the lake is rising and the fishing should just keep getting better, exposing more and more structure for the fish to use.  Always nice to have some good fishing during the Winter months, especially with the problems with some of the Salt River lakes.  Gotta love AZ!