I have been super busy with materials/flies this past couple weeks.  Finally had enough and said s***w it and headed to Havasu.  This is the earliest I have hit it ever but was worth the drive….(I guess).  Hit the Bill Williams end first as that was the best last year.  Fishing wasn’t on fire but good enough to warrant future trips this early in the year. 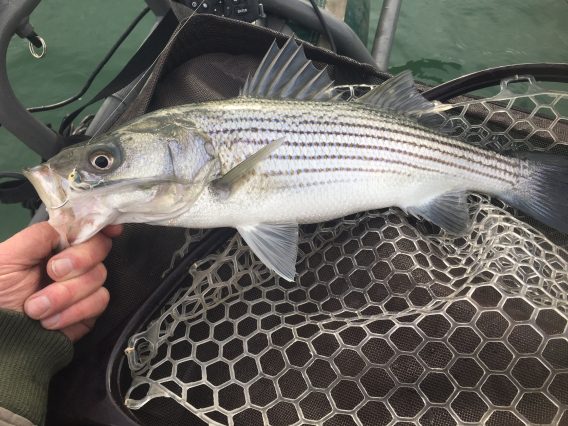 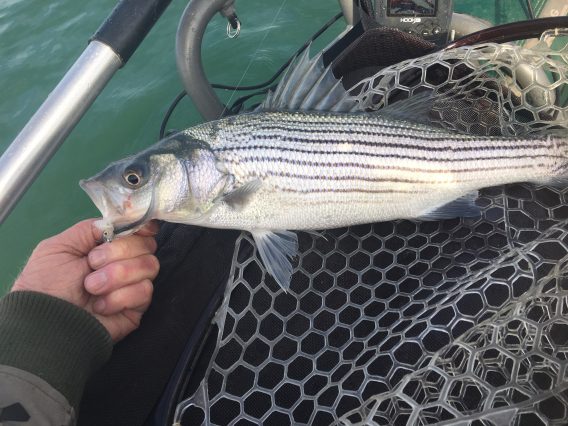 The first morning I got there the winds came up and pushed me off after three hours in.  Managed 3 small ones before I gave up and grabbed some lunch and got my room up in Havasu.  The afternoon quieted down a bit so I went back down and fished til dusk.  Managed another four small ones and a little lmb.

Next morning’s forecast was better and I  hit it before sunup.  Found lots of fish but no birds.  There were also enough balls of shad on the bottom but nothing moving them.  This tells me the big ones aren’t in yet.  You need them to bust up the shad balls and get them to the top.  The birds then tell you where they are so you’re not just fishing totally blind.  Didn’t happen this trip.  Maybe all the big arcs I saw were carp?  Definitely saw enough of them bust the surface, coming completely two feet out of the water.  I ended up getting six in about 6 hours of fishing…all between 1.5 and 2.5 lbs.  Fun fish but not what I drove 5 hours for.

Met a local and he told me that the big ones were in a couple weeks ago but they had terrible winds and the cold came in.  Pushed the big ones back out and they’re just now coming back in…..the old “should have been here yesterday” story.  Anyway, thought I’d get a report up finally.   I’m hearing the Browns are starting to slow down up here….off to Mag Bay for marlin and the mangroves next week.  Hopefully I’ll have a good report.