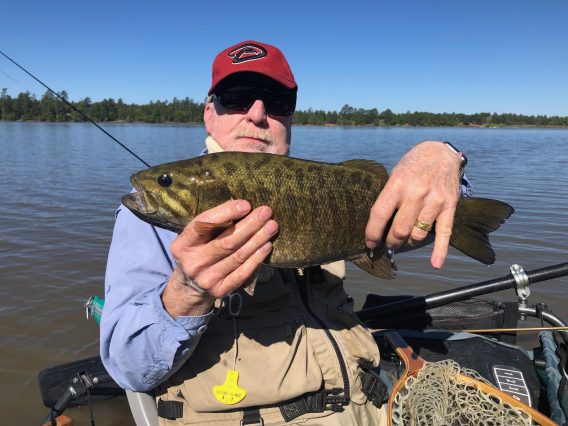 Joe came up Wednesday night to fish Thursday-Saturday.  We hit Show Low first thing Thursday am to a nice day comparably to what has been going on up here wind wise.  The weather had turned cool the previous couple days…cool enough that I actually turned my heat back on for a bit.  I believe this contributed to the slow early fishing that day.  That and the fact that we switched to a fly they wanted…a Dk Olive Jiggly.  This was my main fly last season with the stained water.  Earlier this season I switched to a Copper/Olive Diamond Dub Jiggly that worked well too but not that morning.  Once we found something they wanted we proceeded to have a good day….probably 14-15 smallies between us, a walleye, nice holdover trout and a green sunfish.  I love Show Low for it’s diversity. 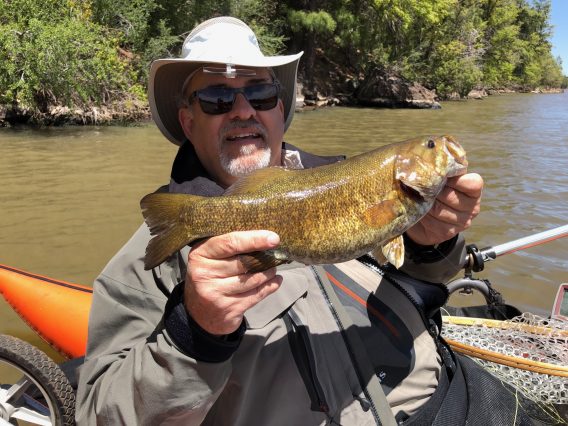 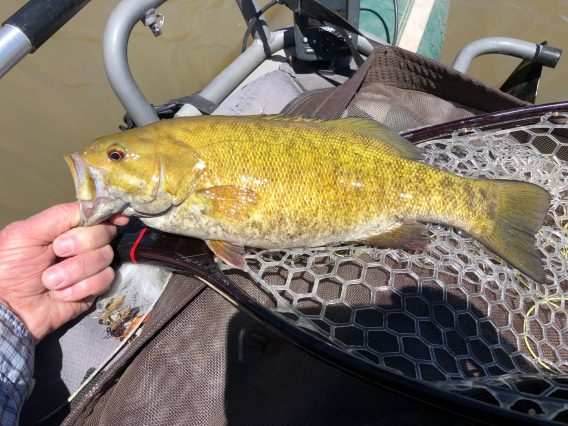 No really big smallies but several 2-2.5 lbr’s that fought like the usual SL smallie.

Next day we hit Big Lake to see what was going on troutwise.  I hadn’t had any good reports yet on the lake but it was time to start playing with the trout.  We hit South Cove first thinking the trout may still be deeper and that cove has better access to deep water…wrong…nada, not a bump.  Off to old faithful Railroad.  We met Tim there and fished with him for awhile, landing a couple 14″ rainbows.  Tim didn’t have much time so Joe and I headed around the corner to the next cove (not really sure what it is called) and got into some fish there stripping BH Flashback PT’s.  Joe landed 4 brookies and I got a Bonnieville Cutt about 14″ and a brookie.  Not what you’d call on fire but at least some action.  Didn’t see much else going on so we hit Show Low again Saturday…..loving that 7 minute drive. 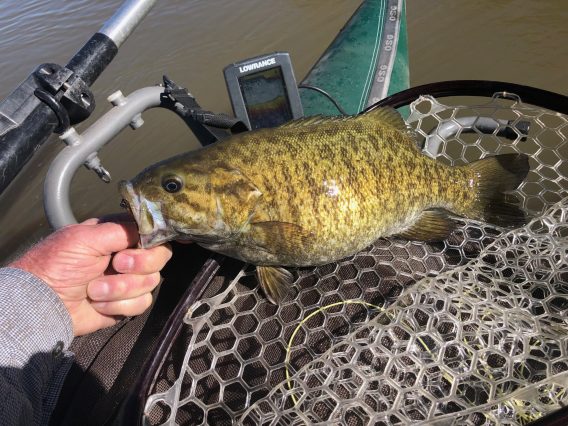 Tim and Bob Boyd met us at the lake and we were into fish almost immediately.  Bob landed several really nice females.  The one at the top went a good 5 lbs and fought him like a tuna…..on the Dk Olive Jiggly again.  I could hear him screaming “where’s my 8 wt?”  We didn’t get a lot of pics because we were spread out pretty good….but we caught a lot of fish that morning. Tim got a nice 2.5 lmb which is pretty rare for that lake.  I landed the fattie above, a female that looked like she was ready to burst. 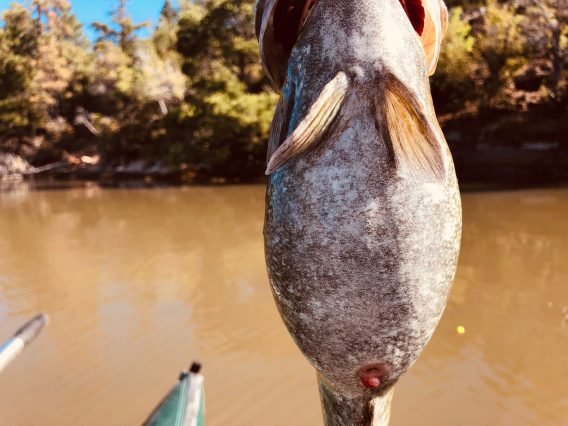 A very nice three days of fishing with some gooood weather.  This wind usually starts dying down about now.  Which is great because I plan to keep hitting Show Low for the big girls that will be coming in soon.