Check out the new SS 60 series of flies

It was time for a redo. Some of my not so popular patterns went by the wayside to make room for what I call a big improvement in my fly selection. The Jiggly started it and from there I could see the potential to better my small collection of flies. That is the cool thing about fly tying.....it's constantly evolving......new hooks, beads, materials.... I love it!
Check out the SS 60 series of patterns. They have proven very effective for me in the past couple years and I can see more of them coming. They're already in my head.
Finally getting some snow so it just may salvage our season this year.

See ya on the water 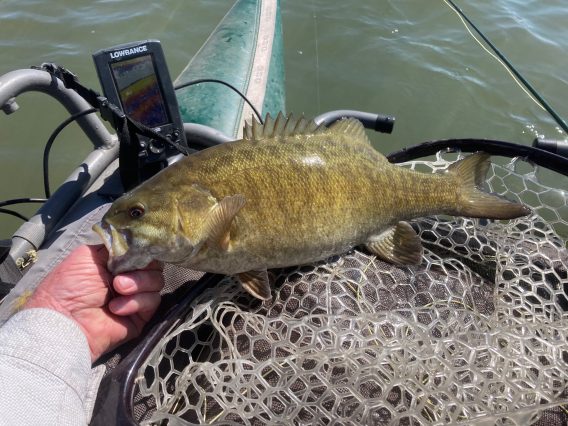 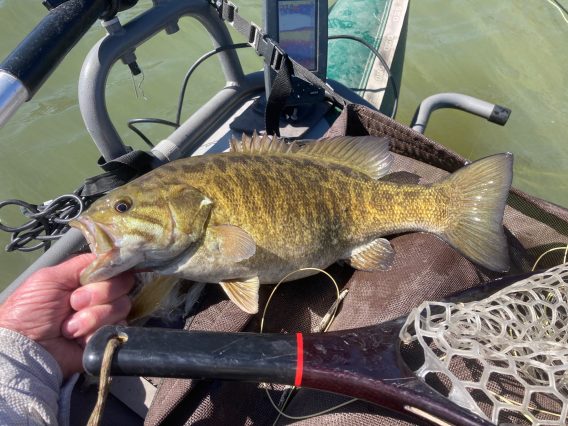 I was in the shop this am bent over a dubbing blender as usual when I noticed the trees weren’t swaying like they have been for the past weeks.  I figured it might be a good time to hit the lake….and I was right.  I only got a couple hours on the lake before the winds hit again but I managed to find a few fish….4 smallies and 3 holdover rainbows to be exact.  And I missed a couple as well.  Water temps were 51-52.  Still early temp wise but they are starting to stage….and it was good to feel a smallie tug again.  Love that lake.  They ate Jiggly’s again just like the past 3-4 years 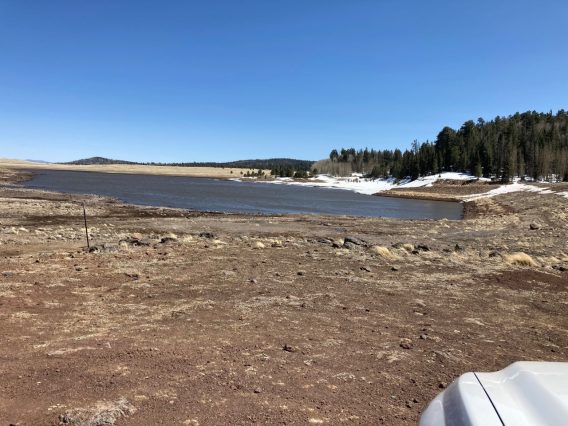 Took a drive up to Sunrise to check out conditions.  Lake is wide open and very low.  The island is now a peninsula again.  The reef at what is now basically the end of the lake is pretty much above water.  I think it may be possible to walk across the lake without getting your feet wet.  If not it is very close.  Not a good pic but I got as close as I needed to see what I wanted to see…or maybe not what I wanted to see actually.  It looks bad right now but I have actually experienced good fishing in low water conditions like we have now.  The fish get more concentrated and more accessible to us fly flingers.  I would get on it soon as I am not sure how long it will last.  The “Catch and Keepers” hit it pretty hard.  Should be some good fish as I doubt we had a kill. 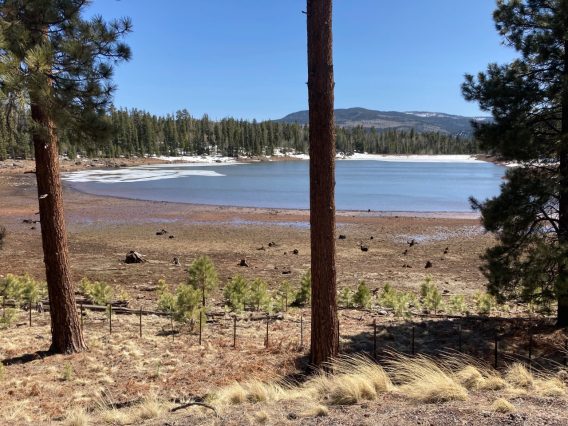 I haven’t been able to get away much this season due to the exploding demand for tying materials since Covid hit but I managed to get away for a half day to Horseshoe….more to check it out than anything else but at least I got to play around with some new patterns.  Plan was to hit the upper end where the creek flows in, thinking spawning rainbows.  The road got me about half way in before the drifts stopped me.  A half hour hike got me down to the creek to find it about a foot across and snow/ice all around it.  I had no idea how thick the ice was so I backtracked to open water and chucked flies for a couple hours…to no avail.  Lake is about half open with 6″ of ice in front of the store and open water on the creek end.  Talked with a native who was ice fishing…having the same amount of luck I had.  He said the ice would probably be gone in a week….not sure about that but he’s definitely got more experience about that than me…sooo.  Give it a couple weeks and it should be “go time”  Throughout the years I would say April 1 is about the average opening of Sunrise.  Should be some really nice rainbows this season early.

Horseshoe is one of the first to open up along with the Greer lakes.  Becker has been putting out some nice fat rainbows.  I would hit it early this season.  Not too sure how fishing will fare as the season progresses. Although we didn’t have much snow this Winter it has been cold and quite a bit of the snow is still on the ground.  Not going to be much runoff because of the slow meltoff, but it will be good for our forests come fire season.  Fishing in AZ can be a challenge sometimes….this season may be one of the more challenging ones…both for bass and trout